David Nunn is a composer based in London. His music is often immersive and minimal; it acts as escapism for the listener, and is characterised by textures which seem to revolve and rotate as if in a kaleidoscope. It is sometimes introspective; at other times it is joyous and chaotic. Through his music, he seeks to examine the subtleties of the world we inhabit, and to think on the intricacies of the relationships we have with each other in a world which is growing increasingly uneasy.
His music has been performed internationally: in the UK, France, Germany, Malta, Switzerland, Hong Kong, Singapore, New Zealand and the USA. He has recently written for ensemble recherche, The Gesualdo Six, The Hermes Experiment, and New London Children’s Choir. Upcoming commissions include works for Psappha, Equinox Duo, and The Choir of St. John’s College, Cambridge.
David studied with Helen Grime at the Royal Academy of Music, having previously studied with Julian Anderson and Christian Mason. He completed his undergraduate degree at the University of Cambridge, where he won the Winifred Georgina Holgate Pollard Prize for his final undergraduate results. In May 2019, David won the Alan Bush Composition Prize, awarded by The Royal Academy of Music. In December 2019, he won the Richmond Concert Society Muriel Dawson Award, resulting in a commission from the society and the opportunity to curate a concert with Equinox Duo. He has been generously supported with a bursary from the Ralph Vaughan Williams Trust and a scholarship from The Countess of Munster Musical Trust. 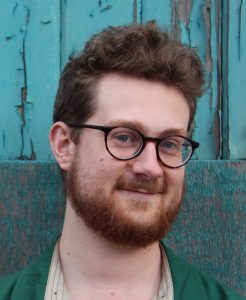 @chesscomposer's "whereas" has won the Boston New

Our new website is up! Go take a look - link in ou

NEWSFLASH!😮 Next month, we'll be releasing our

Our next winning composer for this year’s Black

We're delighted to welcome Jaein Hwang to the Blac

Once again, it’s time to announce our third of t

Today, we're delighted to announce the first of tw

Check out our latest score by the wonderful Christ

Excerpt from THE FLOWING RIVER (2019) by @conradas

We've got some very exciting news to announce next